Upper Iowa University is celebrating the 50th anniversary of pioneering its Self-Paced degree program throughout 2023 with the launch of a $3 million Adult Learner Scholarship campaign. The scholarship fund will be created to support adult learners who meet criteria related to financial need and/or academic excellence.

The Self-Paced degree program, designed in 1973 to provide educational opportunities to working adults wanting to earn a bachelor’s degree, has helped nearly 3,500 UIU alumni achieve their educational goals during its 50-year span. The program also created a blueprint for UIU’s foray into other expansions in adult-focused education. 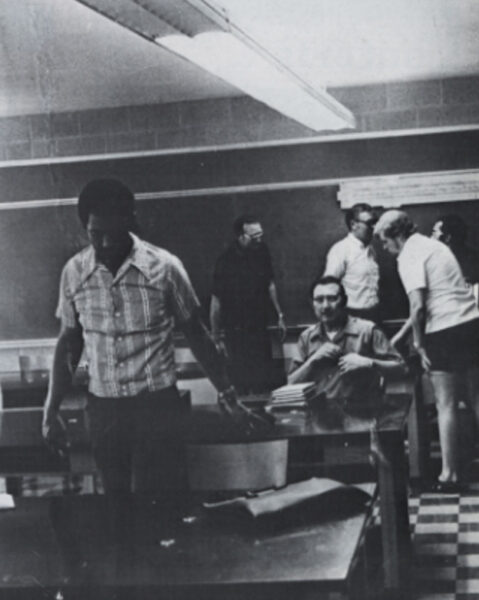 Modeled after the “university-without-walls” concept of the British, the Self-Paced program was first directed primarily toward employees within civil service, military, business and industry. The initial programs of study offered were degrees in public administration and business administration. Within five years of its creation, UIU had received nearly 5,000 applications from interested students in 18 states.

“I love meeting with every UIU alum,” said UIU President William Duffy, “but my visits and conversations with alumni from the earliest days of the Self-Paced program are among the most rewarding. These grateful alums consistently let me know that without UIU’s innovative Self-Paced program they likely would not have earned their degree or achieved the same level of professional success.”

Graduates of the program have put their UIU degrees to work in a variety of ways, including leading companies, finding success as entrepreneurs, climbing the ranks in the U.S. military, and more. To pay tribute to this impressive program and its golden anniversary, UIU will be telling the stories of Self-Paced and other distance learning alumni throughout 2023.

Following the success of the Self-Paced program, UIU began to establish education locations in other cities and states, and boasts over 20 centers in the United States today. During this time, UIU also expanded offerings to military bases and enjoys partnerships at six bases of the U.S. Army and two U.S. Naval bases. UIU was also an early entry into online education, with an online program that dates back to 1999.

“It may come as a surprise to many who are familiar with UIU that nearly 40,000 alumni have graduated from a location outside of our residential campus in Fayette,” said Andrew Wenthe, vice president for external affairs at UIU. “That represents 81% of our overall alumni population.”

Currently, UIU strives to meet adult learner needs to advance their career with convenient daytime, evening and online classes while still allowing them to tend to family, job and other day-to-day responsibilities. Upper Iowa’s unique academic year consists of classes offered during five 8-week sessions and one accelerated 6-week summer session. As a result of these more concentrated sessions, students usually take less classes at a time to graduate on schedule. Many students blend their degree plan by taking in-person, online and hybrid (both face-to-face and online) courses.

Students can get a jump on completion by easily transferring in up to 90 college credits from other schools. Up to 12 credits can also be transferred at the graduate level. Credits may also be earned through an individual’s work experience through an experiential learning portfolio or various college examinations.

For more information about the history of adult education at UIU and the Adult Learner Scholarship campaign, visit uiu.edu/50Years. Alumni wanting to share their experience as an adult learner at UIU can do so by emailing [email protected] or utilizing the alumni contact form at uiu.edu/AlumniUpdate.