Stand Up to domestic violence 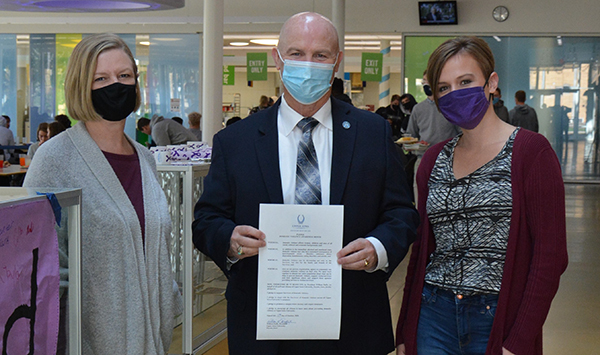 Domestic Violence Awareness Month evolved from the Day of Unity in October 1981. The purpose of the Day of Unity was to connect advocates across the nation who were working to end violence against women. The Day of Unity soon became an entire week that was devoted to a range of activities that had a common theme, such as mourning those who have died because of domestic violence, celebrating those who have survived, and connecting those who work to end violence. In 1989, the U.S. Congress designated October of that year as National Domestic Violence Awareness Month.

The goal of Project Stand Up is to address sexual, domestic, stalking and dating violence across all university campuses. Project Stand Up is supported by grant funding, which is awarded by the U.S. Department of Justice Office on Violence Against Women.