‘Iowa Combines’ to be featured at Bing-Davis Memorial Gallery 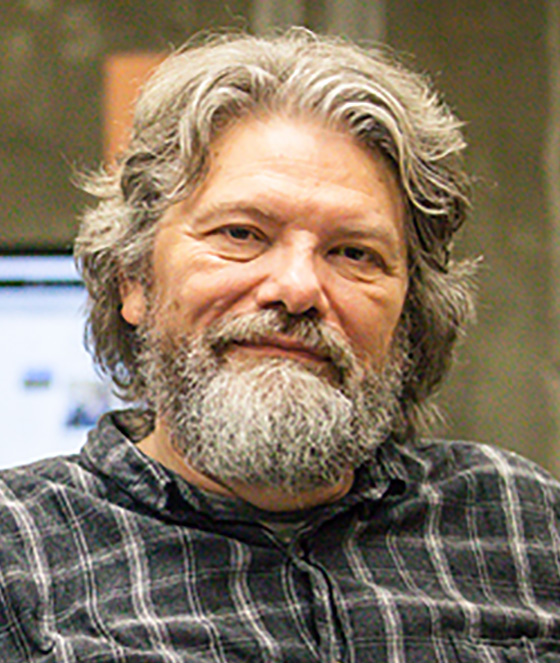 “I have been traveling to counties across the state of Iowa to photograph the unique architecture, historical sites and distinct characteristics,” Nordman said. “The eventual goal is to produce multiple digital collage art works from photographs gathered in each of Iowa’s 99 counties.”

“These objects need us to complete their function,” Nordman said. “Without us they sit idle. We are the consciousness of the machine. With this body of work, the machines are documented, taken apart and then reconfigured. With this reconfiguration, the human component is taken out but our vestiges still remain. It is as Carl Jung saw the Mandala. It is ‘a representation of the unconscious self.’”

Nordman received his MFA from the University of Iowa in 1991. After graduate school, he served as an artist-in-residence at the Recology Artist Residency Program at the Sanitary Fill Company in San Francisco. From 1994 to 1996, Nordman became a project manager for artist Bill Viola.

He later returned to Iowa to study Film and Video Production at the University of Iowa. While in Iowa, he partnered with Hans Breder to form a digital-based performance group called “Liminoid Laboratory.” This group performed in a number of places including Experimental Intermedia in New York and St. Petri Kirche in Dortmund, Germany.

Since 2002, Nordman has been a professor of media arts at the University of Nebraska-Omaha. In his work he transforms observations of the ordinary and the everyday into contemplative and imaginary commentary on the human experience. His work has been exhibited across the country, including the California Museum of Photography, Des Moines Art Center, and Bemis Center for Contemporary Arts.

Nordman will lead a closing artist talk and reception from noon – 1:30 p.m. on Friday, December 13, at Bing-Davis Memorial Gallery. The Gallery is located in Edgar Fine Arts Hall at UIU’s Fayette Campus. The gallery is open 8 a.m. – 5 p.m. Monday through Friday.